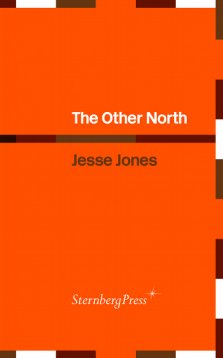 Jesse Jones’s 2013 film The Other North represents the culmination of her research in South Korea and the Demilitarized Zone. It features Korean actors reenacting The Steel Shutter, a little-known documentary of a “conflict resolution therapy session” held by American psychologist Carl Rogers in the early 1970s with a group of individuals from various political and socioeconomic backgrounds in Northern Ireland. Here, fact and fiction press up against each other and the conflict of one North is reinscribed in another. The impossible, and perhaps improper, conflation of the traumatic histories of North Korea and Northern Ireland creates an uncomfortable strangeness, albeit one that carries the potential for deeper understanding. This publication is released on the occasion of Jones’s solo exhibition in the Irish Pavilion at the 57th Venice Biennale, which features The Other North and other recent films. It includes excerpts from the script (in English and Korean) with contributions by Jesse Jones, Declan Long, Kyoung Hee Lee, Eamonn McCann, MOUTH (Edia Connole and Scott Wilson), and Emer Roberts.