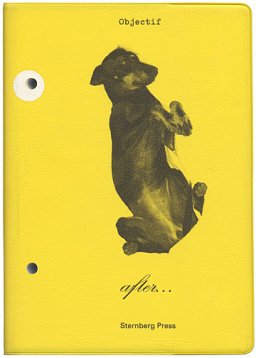 After  Berkeley opens with a letter from Mai Abu El Dahab addressed to the book’s designer, Will Holder, about parallels between their project and Roberto Bolaño’s book The  Savage  Detectives. It then proceeds through a series of conversations revealing the references, methods, and interests of the participants at Objectif Exhibitions ranging from reticence and possession in artistic production to a historical account of so-called carrot jokes. Interviews include Matias Faldbakken by Nikki Columbus, Patricia Esquivias by Jonas Z␣akaitis, and Michael Portnoy by Sofía Hernández Chong Cuy, among others, and a contribution by Dexter Sinister. This publication is the second in a two-part series of interviews with artists who exhibited at Objectif Exhibitions, Antwerp, between 2010 and 2011.